Let us take a journey back to the hey days of the Renaissance,when the likes of Michelangelo, Leonardo Da Vinci created masterpieces that we still marvel at.

What is so admirable is that both of them and many of their generation engaged in and pursued their many talents during their lifetime – Michelangelo a sculptor, poet, painter, engineer and architect ; Leonardo Da Vinci a painter, inventor, architect, musician, mathematician, inventor, geologist, botanist and writer to name a few.

They did not appear to constrained by the “qualifications” that they earned (engineer, doctor, lawyer, environmentalist, etc.) and stuck in an office working in the same stream by virtue of what they had studied.

They were comfortable in pursuing their wide and varied talents and excelled in them. They might have been labelled rebels in their time – or trail blazers.

In essence, they were expressing their individuality in what they did and not who they were portrayed to be.

They probably faced criticism from peers and family with comments such as not being able to “hold on to one job” or “not fulfilling their promise” because they moved around so much.

And yet, today, their achievements still stand tall.

We look at them with awe and sometimes dream of an era when the free spirit and enterprise that they displayed will come back to the fore.

It appears that this era is on us. The age of ‘U’niquessance is here.

The essence of ‘U’ is what companies now look for. One’s uniqueness is what adds value and brings meaning in work, in our life and seamless integration of work and life.

More people are looking at the “why” in what they want to do, rather than focusing on “what” they do. The purpose steers the interest and the passion.

These are exciting times as one can re-engage with ones inner desires and dreams and create the work and role that will bring out the best in them.

Social media, technology and the connected world allows one to bring out that unique you and the rebirth of the new Renaissance Mark 2 : The age of ‘U’niquessance.

This has to be exciting!!! 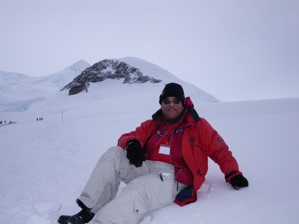