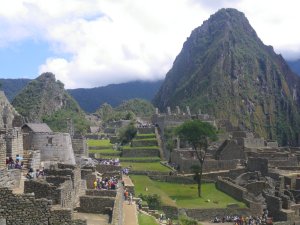 In the 1994 “Built to Last: Successful Habits of Visionary Companies” book, Jim Collins and Jerry Porras coined the word BHAG- Big Hairy Audacious Goal, for organisations to pursue a “10-to-30 year goal to progress towards an envisioned future”.

They stated that ” a true BHAG is clear and compelling, serves as a unifying focal point of effort, and acts as a clear catalyst for team spirit. It has a clear finish line, so the organisation can know when it has achieved the goal- people like to shoot for finish lines”.

Great for organisations, but is there a place for P-BHAGs- Personal Big Hairy Audacious Goals in our lives?

I believe that each of us has had P-BHAGs but have not identified them as such – just lived them. May be we ought to take some time in reflecting on our lives and our P-BHAGs.

On 28 July 1962, I stood on the shores of the mighty Lake Victoria, at Ripon Falls, Jinja, Uganda. It was the centenary of the discovery of the source of the Nile by John Hanning Speke. Without any preamble, my dad put his hand on my shoulder and said “Dream your life, Clim”.

I was taken aback by this request. As a nine years old, one did not spend too much time on reflection of what life has to offer. Indeed life in the wild African jungles and the adventures that presented themselves were enough dreams for me.

Never did I realise that at that very moment, I would be creating my P-BHAGs. I would hear about Collins and Porras and BHAGs years later.

I stated that I would one day become a hydro power systems engineer (P-BHAG 1), and also one day, go to the other end of the River Nile (P-BHAG 2).

Small dreams for my youthful life.

The former dream was influenced by the fact that our very close family friend was the chief engineer of the Owen Falls Dam and hydro-electric plant in Jinja, and a person I admired for his strong personality. Engineering seemed like fun.

The latter dream was one of curiosity. If John Hanning Speke was keen on locating the source of the River Nile, yours truly was keen on seeing where River Nile ended. The reverse explorer.

On 1 July 1976, in Karjat, India, about 4,973 kilometers from Jinja, Uganda and 14 years from the fateful day when I dared to dream, I commenced my hydro power systems engineering career in Tata Electric Companies Andhra Valley Hydro-Electric Pty Ltd.

On 6 May 1982, in Cairo, Egypt, about 3,302 kilometres from Jinja, Uganda and 20 years from the day I dared to dream, I saw where the mighty Nile flowed towards the Mediterranean Sea- not quite the end of the journey, but almost there.

Satisfied that the P-BHAGs were now completed, in the sandy deserts of Al-Ain, United Arab Emirates, I contemplated on the subtle driving force that those P-BHAGs had on me. I did not remember them, nor did I brood on them as a youth, but I am convinced that they were in my subconscious and surfaced when I had to make decisions on what I wanted to do.

Emboldened and motivated by the ability to dream and realise dreams, I decided to create some new P-BHAGs.

I decided to have a goal of changing my career from being a satisfied and fulfilled engineer at 30 and thereafter pursuing a career in management culminating in senior executive management by the age of 45. P-BHAG 3 was formulated.

I decided that at 45, I would change careers and pursue a career where I would give back something to society till 60, but I was not going to state what that would be. Indeed, I had no idea what that might be. P-BHAG 4 evolved.

I also decided I would, at 60, free-fall, and do whatever I wanted to do. Somewhere in that was the desire to pursue dreams, but again, there was no inkling of what that might be. P-BHAG 5 was thought of.

The final BHAG as I sat on the hot sands of Arabia, was that I would write my autobiography in 3 stages- the first at 30, the second at 45 and the final one at 60. P-BHAG 6 was envisioned.

The idea of writing the autobiography in stages, was that I would have a warts and all reflection on my life, aspirations, frustrations and happy moments, and not colour it with only one autobiography at 60 where my memory may have me jotting down the good things and discounting the not so good. Hence, there was never a desire to publish the autobiographies. And they have not been published- and probably never will be.

P-BHAGs 3, 4, 5 and partially 6 have all been realised. It has been a wonderful journey. It did not all go to a clinical plan, but was within a year of the target date.

I have enjoyed the exciting careers in power systems and transport engineering till 30 and the executive management careers in transport till 45 (P-BHAG 3), thereafter management and leadership education and insurance and finance education till 60 (P-BHAG 4). P-BHAG 5 commenced on 23 May 2013 with the establishment of Business Transformation Solutions (BTS).

P-BHAG 4 was embarking on an education career and helping students and managers Australia wide in the field of management and leadership. P-BHAG 4 also included pursuing an education role in insurance, finance and risk management with students in 30 countries and a membership reach in 50 countries.

P-BHAG 5 was pursuing a career working on social and community causes and resulted in setting up a consultancy business, Business Transformation Solutions to pursue this cause. It is also about pursuing a career in public speaking. It has been 2 years since it was established, and the energy and drive has not abated. There are challenges but they are there to build resilience.

Over the years, the exact nature of the P-BHAGs evolved as I reflected on what I would like to do, what I believed I could contribute to society and they became larger than life. I just had to pursue them. Reason and logic took second place.

P-BHAG 6 is a work in progress. The first autobiography was penned down at 30, in the deserts of the United Arab Emirates, the second keyed in on a desktop computer at 45 in the peaceful suburbs of Burwood East, Australia. The third is evolving via social media. It is still in the embryonic stage. Hence, the goals of 60 have just commenced.

A baby boomer may be forgiven for slowing down…but there can be no excuses for not having a continued purpose.

All of us have P-BHAGs. I have heard so many exciting stories of the lives of so many. They need to be told.

Will you tell your story?

I hope you do.